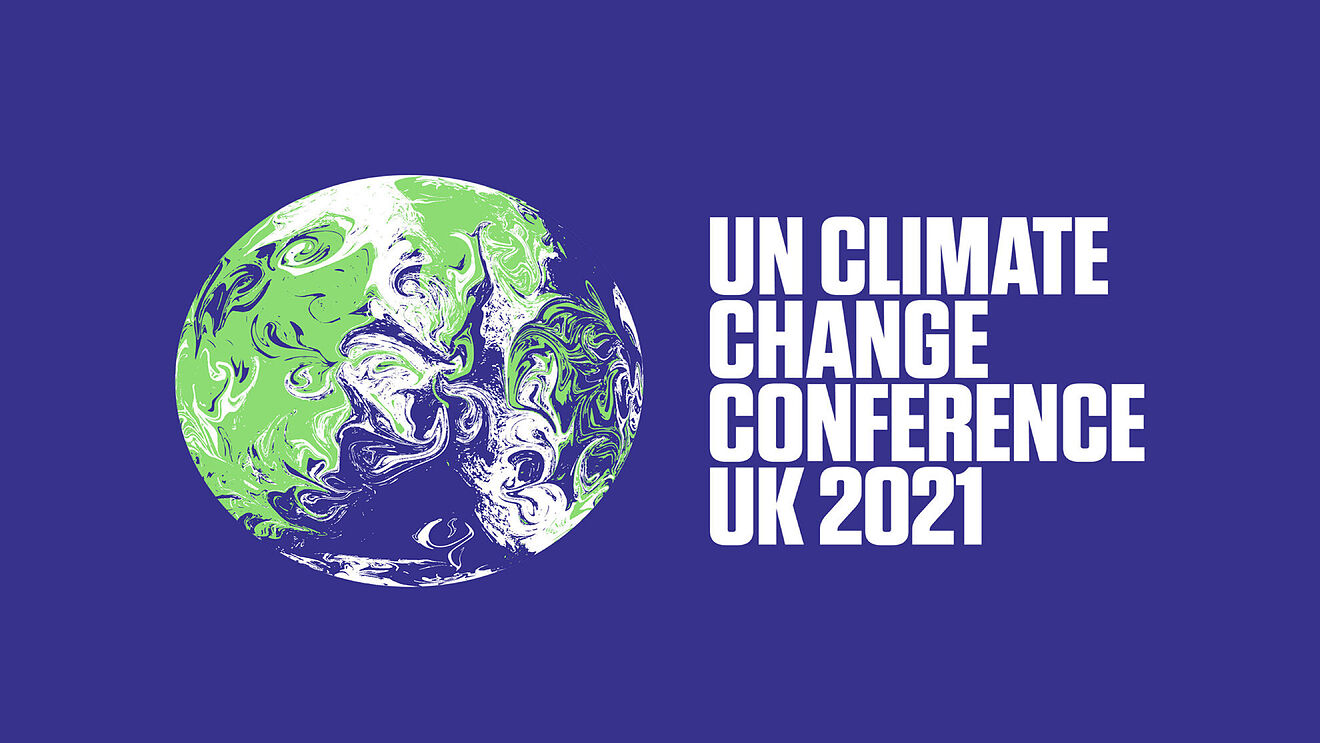 The Global Climate summit is now in its 26th year and COP26 is the first checkup after the Paris Agreement was signed. The Paris Agreement requires countries to formulate national plans to reduce emissions and review their pledges every five years. The goals are progressively more aggressive. What was the COP26 agreement? And where will the next global climate summit be held? Let’s take a look at the events leading up to the summit.

What is COP26? COP26 stands for the 26th session of the Conference of the Parties to the UN Framework Convention on Climate Change. It is a major international event, with governments from all over the world resolving to try to reduce greenhouse gas emissions and keep the temperature of the planet below 1.5 degrees Celsius. Fossil fuels contribute carbon dioxide and other gases to the atmosphere, and Earth has already warmed by 2 degrees Fahrenheit or 1.1 degrees Celsius. The event will feature formal talks, bringing together government representatives, scientists, and policy experts to discuss a number of issues facing the world.

COP26 is the 26th Conference of the Parties, or COP, which will take place in Glasgow, Scotland, from 31 October to 12 November 2021. The United Kingdom and Italy will be the co-presidents of the event, and the purpose of their presidency is to summon more ambition from the countries of the world. The 26th COP follows the successful COP21 in Paris in December 2015. This year, 197 countries signed the Paris Agreement and committed to limiting global warming to 1.5 degrees. COPs also set targets for renewable energy and the reduction of greenhouse gases, among other things.

As a climate activist, I’ve been glued to my TV screen watching key moments at COP26. There were a number of things I found particularly moving. A key moment was when foreign minister Simon Kofe delivered his speech while knee-deep in the sea. This moment has become iconic and has been shared widely on social media. Here are some other key moments from COP26 that were worth celebrating. – A key moment for global climate action:

– A significant decision to cut coal use. A major portion of carbon emissions comes from this energy source. Countries agreed to “phase out” or reduce their use of coal. However, India and China intervened late to make the deal even more difficult. – A key moment in the agreement: a large amount of money was pledged to help developing countries adapt to climate change and switch to clean energy. Despite a few missed targets, the agreement aims to set up a trillion-dollar fund by the year 2025.

What was the COP26 agreement?

In the end, countries came to an agreement that included a range of decisions, including tighter deadlines for updating plans and increased climate finance for developing nations. There is a renewed focus on mobilizing all sources of climate finance and significantly increasing support to developing countries. The agreement also emphasizes cultural events and partnerships. Despite its many shortcomings, the agreement was ultimately successful. It represents an important step forward, but the climate crisis still continues to loom large.

The COP26 agreement aims to keep the 1.5C global warming goal alive. Although it was criticized by some African and Latin American countries, the agreement marks an important start. In addition to eliminating subsidies for oil, gas, and coal, world leaders also pledged to collaborate more closely on methane emissions and the transition to clean energy sources. The COP26 agreement is a historic landmark, and the global community should be proud of it.

Where is the Global Climate summit 2021?

Where is the next Global Climate Summit? The Paris Agreement was signed six years ago and requires nations to limit greenhouse gas emissions to 1.5 degrees Celsius or 2.7 degrees Fahrenheit below pre-industrial levels. In exchange, wealthy nations pledged to provide huge aid to poorer nations. However, the Paris Agreement has not been implemented yet. So, where is the Global Climate Summit 2021? Next year’s summit will be held in Paris, France.

Organizers of the COP26 conference have apologized to participants for the difficulties in accessing meeting rooms and video feeds. They have said that the unavoidable Covid restrictions made planning difficult. In response, Patricia Espinosa, the executive secretary of the U.N. body, called on attendees to “bear with us.” She also said that all attendees had tested negative for the coronavirus virus. She added that the number of people allowed in meeting rooms was strictly controlled.

During COP26, the world’s wealthiest economies committed to mobilizing $100 billion in climate finance every year for poorer countries. These pledges have been far from met and the amount is often tens of billions of dollars a year. The agreement has also failed to provide adequate funding for developing countries to build clean energy, adapt, and cope with extreme weather. And the future of the global economy may be uncertain as long as the world’s rich countries don’t provide sufficient funding to help developing nations cope with the challenges of climate change.

In a ratcheting process that was the most successful in recent climate history, the United Nations has finalized the rules for carbon offset markets, which will allow countries to pay for activities that remove carbon from the air while counting against their emissions. This completes Article 6 of the Paris Agreement, which aims to limit global warming to 1.5degC. As countries become more aware of this mechanism, they will be able to set ambitious targets.

The Glasgow Climate Pact cover decision contains language to address deforestation and harmful land-use shifts. It urges developed countries to contribute enhanced support to the process, including through their operating entities of the Financial Mechanism and other bilateral and multilateral institutions. This would have provided additional funding to help developing countries implement these measures. The new language is still being drafted, and it is unclear whether it will build upon the existing framework or incorporate existing funding mechanisms.

What are the goals of the Glasgow Climate Pact?

The Glasgow Climate Pact is a set of ambitious goals that have already begun to make an impact on the world. It has been negotiated since 1992, when the United Nations Framework Convention on Climate Change was signed. Since then, international negotiators have focused on mitigation, or reducing a nation’s GHG emissions. The Pact is a crucial shot in the arm for mitigation efforts, and it accelerates the timeline for nations to strengthen their mitigation plans. The Paris Agreement required each nation to update their plans every five years, but the Glasgow Climate Pact has cut the timeline down to four years. This deadline has been lauded as a significant achievement for the global mitigation efforts, but it is the implementation of these plans that will determine whether future progress is made.

A core goal of the Glasgow Climate Pact is to improve climate finance, especially for developing nations. In 2009, developed countries committed to providing $100 billion annually to developing nations to address the climate crisis. As of 2019, only $80bn of that was available to these countries. Now, the Glasgow Climate Pact has urged developed nations to “fully deliver” on this goal, and it also agrees to double the proportion of climate finance that goes towards adaptation. But these goals aren’t legally binding and are not enough to tackle future climate disasters.

What was the result of COP26?

The goal of the Paris Agreement is to strengthen the global response to climate change by limiting the rise in global temperatures to 1.5 degrees Celsius above pre-industrial levels. Parties agreed to peak global emissions of greenhouse gases as soon as possible, and then undertake rapid cuts thereafter. They also agreed to seek a balance between sources and sinks of greenhouse gases by the second half of the century. However, this goal is far from being met.

The Paris Climate Agreement was adopted on December 12, and the focus was to boost ambitions to fight climate change. The Paris Agreement includes rules for transparency to ensure that countries are cutting emissions, including by reporting their progress on national climate goals (NDCs).

What was discussed at COP26?

During the UN climate conference, COP26, countries focused on how poor countries can afford to abandon fossil fuels, which are largely responsible for global warming. Poor countries are also facing the challenge of coping with the effects of climate change that are baked into the atmosphere. Developed nations largely created this problem, and many governments have highlighted the difficulty of finding green jobs for fossil fuel industry workers. This will make it difficult for poor countries to move away from their current dependence on fossil fuels.

The most pressing issue at COP26 was the issue of carbon markets. The world was supposed to reach an agreement on carbon market mechanisms three years ago in Katowice and Madrid, but the talks broke down in the latter. Carbon markets are a controversial issue because they allow polluters to continue emitting greenhouse gases in exchange for a price. But so far there is no evidence that carbon market mechanisms are working and the carbon budget will run out in five to seven years. 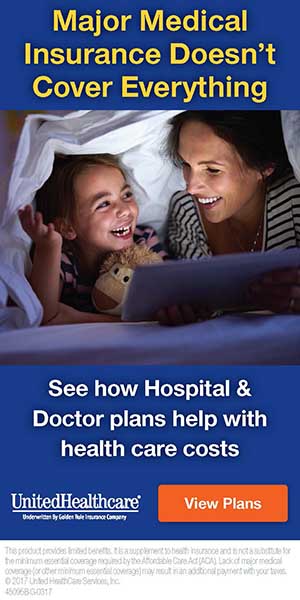